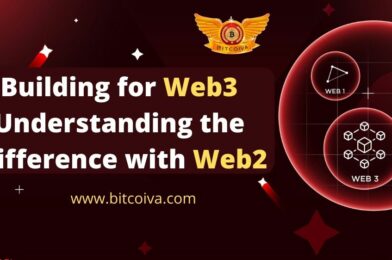 Understanding the principles of Web3-focused businesses, which represent a more intuitive, just, and interconnected ecosystem that can teach us a lot about the future of the internet. An increasing number of entrepreneurs and developers are entering this emerging market as a result of the rising popularity of digital assets like cryptocurrencies. And there is a noticeable rise in venture capital investments in Cryptocurrency Platforms In India and blockchain firms.

However, blockchain-based businesses do not adhere to a predetermined or common template, unlike conventional internet-based or Web2 businesses like Meta and YouTube.

These businesses are working to develop Web3. The next iteration of the internet, will run decentralized and blockchain-based services and completely transform how people conduct business online.

Web3 startups are fostering new forms of interaction by giving users complete control over the platform. Adding to that, it gives users, the ability to determine its future direction. Which in contrast to Web2 behemoths that are frequently criticized for being anti-competitive and preying on user-generated content.

Instead of centralizing content and processing by using massive servers that are entirely under their control. Building for Web3 requires businesses and developers to create a network of interconnected computers. Which further, will facilitate closer and faster interaction among users.

Furthermore, these companies aren’t just handing over control. They also return the business’s profits to the users who invested in them.

There is a need for an entirely new technology that can provide all of Web2’s functionalities. While doing away with the need for controls, or outside parties to oversee every aspect of the business in order for all these unique aspects to be incorporated.

Users were able to interact with numerous social media, microblogging, video-sharing, and other platforms. When the internet switched from the Web1 to the Web2 era, seemingly revolutionized how people communicated and consumed content.

Due to the need for multi-user access, Web2 companies had to invest in both processing power and storage space. In addition to developing custom software to power their distinctive applications.

In the last ten years or so, cloud computing has aided in the expansion of small businesses. Instead of spending more money on buying dedicated servers, they began using services offered by Amazon Web Services, Microsoft Azure, and IBM Cloud.

In addition to assuming a significant amount of importance in the Web2 ecosystem, there are some results of this transition. The companies also established a hegemony that has altered the dynamics of the internet.

For Web3-focused startups, it is obvious that they need to use a technology that can handle numerous transactions. It hides user identities unless there is a need for verification. And it relies on its user base to handle platform-specific transactions.

The need to bypass current tech giants becomes even more important. Because these new-age businesses don’t depend on user data for revenue.

Blockchain technology, was first described in the Bitcoin Whitepaper in 2008, has emerged as the best option for Web3 developers.

This technology supported thousands of decentralized applications that gave the world new perspectives. Perspectives on conventional business applications by using cryptographic elements to sign contracts and execute them using a network of computers called nodes. This same technology is used in Coin Exchange India.

In addition to introducing Cryptocurrency India as a new asset class, blockchain technology has assisted businesses in streamlining operations. And also in achieving efficiencies that were previously unattainable.

Leading cloud service providers are now offering blockchain-as-a-service (BaaS) to businesses. So that they can deploy distributed ledger technology without incurring costs or risks . And they are associated with setting up their own protocols.

Instead of relying on BaaS providers, businesses that are committed to innovating for Web3 can choose to set up their own scaling solutions. By building upon already-existing protocols like Top Cryptocurrency In India Ethereum, Web3 can set solutions.

Any Web3 application or service will undoubtedly have blockchain technology at its core. But interactive and immersive technologies like artificial intelligence, augmented reality, and virtual reality also play important roles.

Web3 users will be able to tailor their experiences based on factors that are more important or relevant to them. Thanks to AI’s ability to take clues from human behavior. Users could thus have distinctive experiences through the same platform, assisting businesses in serving a larger global audience.

Additionally, by utilizing AI-enabled gadgets that are linked to the internet, people can interact with vehicles, gaming systems, production equipment, and other previously isolated machines to enjoy. In which it allows a more to connected experience through handheld gadgets or wearables like VR goggles.

AR and VR technologies will be essential for applications that let users “touch and feel” things online in order to enhance the visual experience.

Although there are many AI, VR, and AR products on the market, Web3 entrepreneurs must integrate them into their platforms in order to provide a future-ready experience. So, that they won’t be limited by geographical, cultural, or social boundaries. 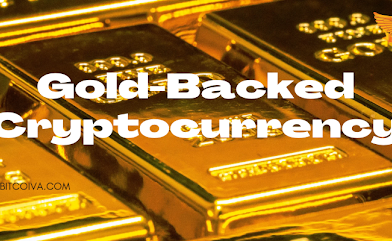 Gold-backed cryptocurrencies are digital coins that are backed by actual gold, similar to stablecoins. A digital currency that is tied to the current gold price has less volatility than other well-known cryptocurrencies.

What is a Cryptocurrency Backed by Gold?

A form of digital currency that is backed by actual gold is known as a gold-backed cryptocurrency. The currency may be used for transactions just like any other kind of cryptocurrency and has a value based on the price of gold in the market at the time.

Some cryptocurrencies have gold as their backing in order to link the derivative asset (crypto) to a physical asset (gold) and limit price volatility. As a result, cryptocurrency backed by gold is frequently more stable than other digital currencies.

This is due to the fact that the price of gold tends to be less erratic than the prices of other assets, such equities or cryptocurrency.

Cryptocurrencies backed by gold can potentially be used as an inflation hedge. The value of the currency will grow if the price of gold rises. This might shield investors from financial loss if the value of other assets, like equities, were to decrease.

Like any other sort of cryptocurrency India, gold-backed coins can be bought, sold, and used to make online purchases of goods and services. Investors in gold-backed cryptocurrencies benefit from higher profits due to changes in the price of gold and have the option to convert their tokens for gold.

How does a Token Backed by Gold Works?

A specific cryptocurrency’s physical gold backing is kept in gold reserves. Custodians, usually banks or other outside organizations, are in charge of holding these reserves. Depending on the coin, the particular backing ratio can change. A fraction of an ounce may be used to back some tokens. While others may be backed 1:1 (1 token to 1 gram of gold).

The biggest benefit of purchasing a gold-backed cryptocurrency is the stability and security it offers. Since it has been used as money for so long, gold’s value has largely stayed constant.

The majority of gold-backed tokens are Ethereum blockchain-based ERC-20 standard tokens. They are thus compatible with any wallet that accepts ERC-20 tokens. These tokens can also be sold on the cryptocurrency exchange India much like other popular cryptocurrencies.

Is There any Stablecoins that are Backed by Gold

Stablecoins that are backed by gold do exist. Given that stablecoins are digital assets backed by physical assets, gold-backed cryptocurrencies are technically a stablecoin “variant.”

Government-issued fiat money, commodities, and gold are a few examples of real-world assets that support stablecoins. The reason stablecoins get that name is that their value is tied to another, more stable asset. So, for instance, the value of a stablecoin backed by the dollar would fluctuate in line with the value of the dollar.

The USD Coin (USDC) and Tether (USDT), which are both linked to the USD, are two of the most well-known stablecoins. The stablecoin Tether gold (XAUT) is backed by gold and uses the same Tether token as USDT. Tether gold, which was introduced in 2020, is the most popular gold-backed stablecoin at the moment. One troy ounce of gold is denoted by the symbol XAUT on a London Good Delivery bar. The gold is kept in a Swiss vault under corporate management.

One of the Most Popular Cryptocurrency In India, Tether Gold also provides access to conventional financial assets like exchange-traded funds in addition to gold. On Tether’s look-up website, which offers details on the gold bars these token holders own, token holders can check how much gold they now own.

The Tether gold token can be stored both on the TRON blockchain as a TRC-20 token. And in an Ethereum-based wallet as an ERC-20 token. 50 XAUT, or 50 troy ounces of gold, is the required minimum purchase amount for Tether gold.

What are Some Advantages of Purchasing Gold-Backed Tokens?

The main benefit of investing in gold-backed tokens is that, unlike physical gold, they can be broken into smaller pieces and are digitally accessible, making them more portable, transferrable, and generally more economical.

Another major advantage is that gold-backed tokens will keep their value even after a cryptocurrency crisis because their value is tied to the price of gold. They are thus a wise investment during times when the Crypto Exchange India market is erratic.

Last but not least, a few gold-backed tokens also provide further features and advantages, like access to conventional financial assets like ETFs. Crypto ETFs are traded daily and track the price of digital currencies, enabling investors to further diversify their portfolios.

The most popular and one of the Top Cryptocurrency In India, Bitcoin, is not backed by any actual assets. Not all investors have found this to be true. One of the most frequently used criticisms of Bitcoin is that it has an intangible worth and isn’t backed by anything with real, concrete value. On the other hand, cryptocurrencies that are backed by physical gold have a definite value because of this connection.