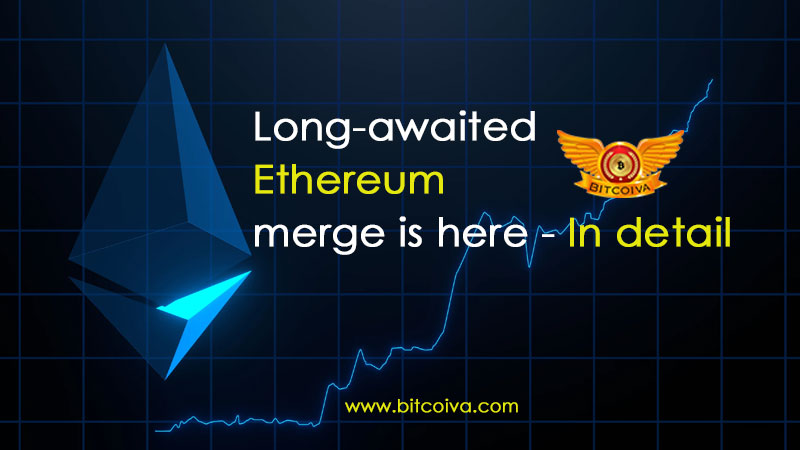 Ethereum co-founder Vitalik Buterin claimed last week at the ETH Shanghai Web 3.0 Developer Summit that “the merging” will finished this summer. This revolutionary change will convert Ethereum merge from a proof-of-work to a proof-of-stake consensus paradigm.

“If there are no issues, the merger will take place in August,” Buterin added.

What Is Ethereum 2.0 and How Does It Work?

Ethereum 2.0 is a new version of the Ethereum blockchain. That will use staking to verify transactions using a proof of stake consensus process.

The proof of work paradigm, in which cryptocurrency miners employ high-powered computers to solve complicated mathematical computations known hashes, will replaced by Ethereum 2.0’s staking mechanism. To authenticate Ethereum transactions before they recorded on the public blockchain, the mining process demands an ever-increasing quantity of electricity.

Systems that use proof of work consume a lot of electricity. Bitcoin mining, for example, presently requires 127 terawatt-hours of electricity annually (TWh). That is currently more than the entire country of Norway’s power consumption.

ETH presently consumes nearly the same amount of energy as Finland and has a carbon footprint comparable to Switzerland. Thankfully, the merger expected to lower Ethereum’s carbon footprint by up to 99.95%, resolving one of the cryptocurrency’s primary objections.

What’s the Difference Between Ethereum and Ethereum 2.0?

The ETH1 and ETH2 terms recently dropped by Ethereum developers due to fears that they might confuse consumers ahead of the unification.

Some investors perplexed by what appears to be two versions of Ether, the Ethereum Network’s native cryptocurrency, on many popular cryptocurrency exchanges.

Users’ Ether converted to ETH2 when they stake it on crypto exchange, and the values of ETH and ETH2 are similar. These two versions of Ether united into a single token once the merge is complete.

“Scalability is one of the key reasons for the upgrading”

What will Ethereum 2.0 do to Improve Security?

With security in mind, Ethereum 2.0 created. Most PoS networks have a small number of validators, resulting in a more centralised system with lower network security. Ethereum 2.0 necessitates a minimum of 16,384 validators, making it far more decentralised and hence secure.

Because so much has changed over the journey, it’s difficult to picture the future clearly.

The Merge event, for example, was previously put after the launch of shard chains in prior editions of the roadmap. According to the Ethereum Foundation, this was changed due to a “boom of layer 2 scaling solutions.” As a result, it stated, “The attention has switched to using the Merge to go from proof-of-work to proof-of-stake.”

In 2020, Vitalik Buterin, the co-founder of Ethereum, sketched out a roadmap for Ethereum 2.0’s following five to ten years.

He claimed that the majority of the problems today revolved “increasingly around development, and development’s piece of the pie will only continue to expand over time.””

Buterin said that Ethereum 2.0 would have to rely on current scaling solutions like ZK-rollups for at least two years before adopting shard chains in June 2020.

Ethereum’s London hard fork and Ethereum Improvement Proposal 1559 (EIP-1559) were released in August 2021, changing the way transaction fees function on the network. Users that perform a transaction on the Ethereum network pay a basic fee that is burned rather being sent to Ethereum miners, lowering the quantity of ETH and putting deflationary pressure on the network.

The London hard fork served as a sort of warm-up for Ethereum 2.0’s next phase, with Vitalik Buterin expressing optimism about what’s to come. According to Bloomberg, the successful launch of the London hard fork demonstrates that the Ethereum ecosystem is “capable of substantial changes” and “certainly gives me more confidence about the merging.”