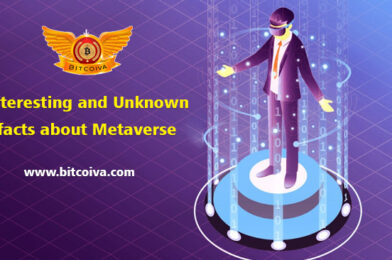 The name “metaverse” is a combination of the words “meta” and “universe.” It’s mostly used to refer to an upcoming future iteration of the internet that’s been dubbed Web 3.0. The growth of online 3-D or virtually integrated settings that provide users with virtual reality and augmented reality experiences is expected as the internet evolves.

What Is The Metaverse And How Does It Work?

Both existing and future integrated digital systems centred on virtual and augmented reality are referred to as the metaverse. It is widely regarded as the internet’s next frontier, with the IT industry and other sectors seeing it as a huge economic and financial opportunity.

Devices such as virtual reality headsets, digital glasses, smartphones, and other devices, according to the vision for the metaverse articulated by social media and technology companies, will allow users access to 3-D virtual or augmented reality environments where they can work, connect with friends, conduct business, visit remote locations, and access educational opportunities, all in an environment mediated by technology in new and immersive ways.

The metaverse encompasses a wide range of experiences. Instead, it refers to a series of immersive digital experiences that will be available to users in the future, allowing them to participate in a variety of activities in entirely digital environments. That may entail taking part in a big virtual reality multiplayer game via a VR headset, or experiencing integrated digital and physical places, such as location-specific immersive digital material from business visitors via digital glasses or smartphones.

The metaverse, then, is a collection of digital locations and experiences that are now being developed by companies in order to provide more realistic and immersive digital experiences. From augmented reality collaboration platforms that can improve cooperation and integration to work productivity systems for remote teams that could, for example, allow real estate agents to organize virtual home tours, the technology has a wide range of possible applications.

Some parts of the metaverse are currently implemented into internet-enabled video games like Second Life, Minecraft, and Fortnite. These games provide rich social and virtual experiences with a persistent virtual world in which users from all over the world can participate at the same time. While not identical to virtual reality, the metaverse will provide more virtual reality experiences.

Many social media and internet corporations, including Meta Platforms (previously Facebook) and Microsoft, are significantly investing in Social VR with the purpose of building platforms where individuals can connect socially or work remotely via Microsoft Teams.

What Is Today’s Use Of The Metaverse?

Facebook stated in Fall 2021 that it would change its name to Meta Platforms (FB) and invest extensively in developing metaverse experiences. It will do so by utilizing its current ownership of Oculus, a virtual reality hardware business.

Immersive virtual reality experiences, according to Meta Platforms, are the way people will connect on social media in the future. Meta’s concept, on the other hand, is speculative and would rely on technology and server capacity that do not yet exist. It also anticipates widespread use of gear like virtual reality headsets and smart spectacles.

Meanwhile, Microsoft (MSFT) is focusing on adapting existing technology for the metaverse. They have a mixed reality technology called Mesh that allows users to view augmented reality surroundings without having to acquire a virtual reality headset via their smartphone or laptop. Microsoft also intends to incorporate Microsoft Teams into the metaverse, allowing remote workers and virtual meetings to have a more immersive experience.

Roblox (RBLX) is a company that creates integrated virtual experiences for gamers. Roblox is an online platform where users can play digital games. It is currently targeted at teenagers. Adult gaming is one of the company’s goals.

Nvidia Corp (NVDA) is another company working on metaverse projects. It is developing an Omniverse platform that can connect 3D virtual words in a shared environment and is now being used to create simulations of buildings and factories. Nike (NKE) is also pursuing a metaverse strategy by registering digital trademarks for its primary emblems in order to create virtual Nike sneakers and apparel, as well as launching Nikeland on the Roblox platform, where gamers can play sports games.

Many firms will be developing the architectures, hardware, and software that will power the metaverse version of Web 3.0, hence the metaverse is predicted to revolutionize the IT sector. However, because the metaverse proposes to change things as simple as how consumers shop for groceries, navigate around a city, tour an apartment, and engage with businesses and advertisements as a consumer, it will also effect firms outside the technology sphere.

While it is unclear whether the metaverse’s visions will come true or if the health, privacy, and regulatory concerns it has already raised will limit the scope of its implementation, it has the potential to disrupt a variety of industries and sectors by requiring them to spend more money on technology or compete with one another to provide metaverse experiences to their customers.

Examples from the Metaverse

A number of companies have made metaverse products or services available to consumers, or have stated that they would do so in the future. Some instances are as follows:

Second Life is a virtual world

Second Existence, a once-popular online massive multiplayer game, was founded in 2003 and allowed players to live a different life within a virtual environment. The idea was an early metaverse experience built by Linden Lab in San Francisco, and it was one of the first popular examples of the virtual economy, with users purchasing tokens to purchase items in the game.

Since the app’s inception, Snapchat (SNAP) has been developing augmented reality filters. Users can utilize their phone camera to manipulate the world using their photo filters. They released augmented reality glasses in 2021, which may be used to enhance users’ perceptions of reality outside of their app.

The popular computer game Fortnight was created by Epic Games. While the company began with video games, it has since expanded to include virtual social events such as music concerts and dance parties. These allow users to immerse themselves in a virtual environment.

Virtual reality and augmented reality are being used by medical learning companies to disrupt medical education by simulating patient and surgeon encounters and allowing trainees to try new procedures.