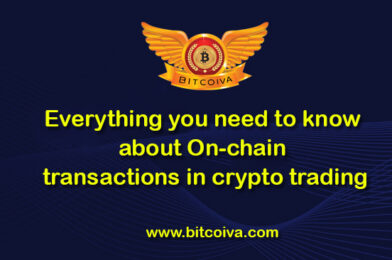 On-chain transactions are transactions that take place on the Blockchain. It is the more popular of the two transaction types and requires an upgrade to the blockchain network.

Once a transaction receives enough confirmations from network participants based on the network’s consensus mechanism, it becomes almost irreversible, depending on the network protocol. It can usually only be reversed if a majority of the blockchain’s hashing power agrees to reverse the transaction.

By far the most secure database ever created is Bitcoin’s Blockchain. Bitcoin has never been hacked, forged, or spent twice on the Blockchain in its 12 years of existence. The Bitcoin network is also incredibly dependable. Bitcoin has enjoyed a 99.986 percent uptime since its inception, and a 100 percent uptime since 2013, suggesting that the Bitcoin network has never gone down or been inaccessible. Even among the world’s best IT companies, these levels unsurpassed.

When you trade on-chain, you get this level of security and dependability. Once your transaction adds to the Blockchain, you may rest assured that no one will be able to change or reverse it. Any other monetary system could not provide such guarantees.