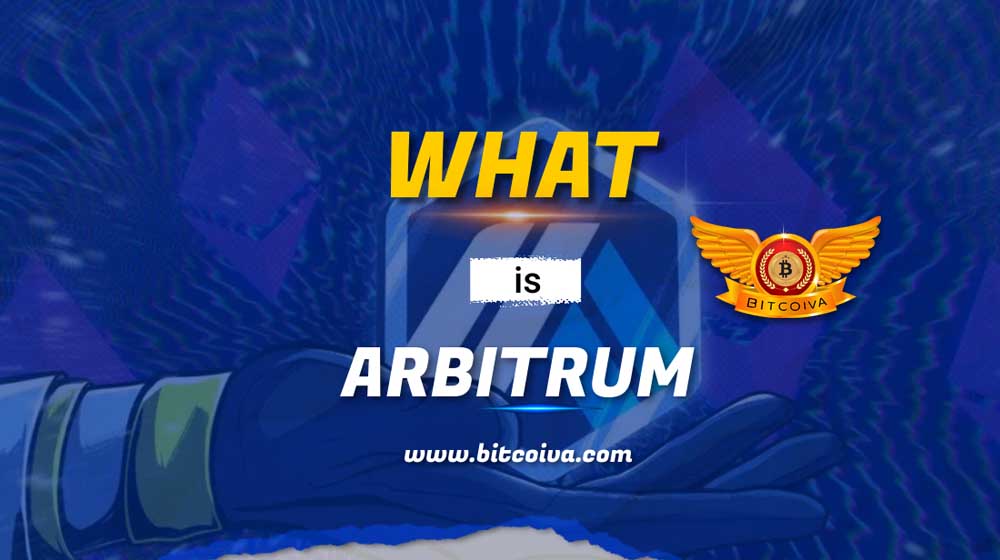 Ethereum is rapidly gaining popularity as a framework for creating decentralised apps (dApps). Unfortunately, the network faces a number of challenges as a result of the sharp rise in adoption, including a poor user experience (UX) brought on by high gas or transaction fees and slow transaction speeds. The Ethereum community introduced a method called Arbitrum to address issues in the network.

Arbitrum is a layer-two (L2) rollup technique that delivers quick speed and created by Offchain Labs. Learn more about Arbitrum in this article, including what it is, how it functions, and its advantages.

What Exactly is Arbitrum?

The exponential expansion of the Ethereum blockchain slowed down by the crisis with transaction fees on Ethereum (ETH). One of the many potential remedies for the Ethereum network’s congestion and excessive fees is the arbitrum technology.

Smart contracts used to implement and carry out transactions on Ethereum, and a charge is necessary to compensate network users who store these programmable contracts on their computers.

As more users join the network and more transactions need handled by the network, the transaction fee rises. Additionally, every Ethereum blockchain miner must replicate each step of a contract’s execution, which is expensive and severely restricts scalability.

Every contract’s code and data must be public on the Ethereum blockchain unless a privacy overlay feature with associated charges is present.

By shifting as much labour and data storage from Ethereum’s mainnet or layer 1 as feasible, Arbitrum hopes to reduce network congestion and transaction costs (L1). In 2018, Princeton’s Ed Felten, a professor of computer science and public policy, co-founded Offchain Labs, the organisation that created Arbitrum. The layer 2 (L2) scaling solution is the approach taken by the Arbitrum network to store data off-chain (built on top of the leading Ethereum network).

How is Arbitrum Implemented?

Verifiers, a virtual machine (VM), a key, and a manager each perform one of the four functions in the Arbitrum ecosystem, which described below:

Based on a straightforward cryptocurrency design, Arbitrum enables parties to construct smart contracts as virtual machines (VMs) that store the contract’s rules. Programs that use the Arbitrum Virtual Machine (AVM) Architecture known as VMs.

A virtual machine’s creator chooses a group of managers for the machine. The Arbitrum protocol allows any one honest manager to force the VM to act in accordance with the VM’s code.

Parties with an interest in the success of the VM can appoint a trusted third party to operate on their behalf or take direct management roles. The natural set of managers for many contracts will really fairly constrained.

By relying on managers, the VM’s state advanced at a much lower cost to the verifiers than by requiring each validator to reproduce each VM’s execution. Verifiers don’t record the full state of the VM; they simply record its hash. Arbiturm encourages managers to reach an out-of-band understanding on how the VM operates.

Any state alteration approved by every manager will accepted by the verifiers. One manager then provides a straightforward proof of that one instruction if two managers disagree about what the VM will do notwithstanding incentives. The verifiers utilise a bisection technique to narrow the dispute to the execution of a single instruction. Additionally, messages and money sent between parties and VMs.

The bisection protocol starts when one manager makes a contentious statement and another manager objects to it. Both managers will have made a monetary deposit in the form of foreign cash.

You have the choice of choosing your set of validators to carry out the consensus process when a DApp runs on the Arbitrum chain. This implies that the validator working on one Arbitrum app cannot interact with any other Arbitrum app, unlike Ethereum, where each validator keeps track of all of the network’s apps. This localised method speeds up transaction processing by requiring fewer connections between nodes.

In order to build layer 2 solutions on top of Ethereum with the primary objective of lowering transaction costs and network congestion, the present architecture of the Ethereum blockchain modified.

The decentralisation and security features of the Ethereum blockchain hampered by modifications to layer 1 scalability, such as increasing the number of permitted transactions. As a result, the Ethereum 2.0 mainnet will soon launched. However, in the short run, layer 2 scaling options include things like optimistic rollups and zero-knowledge(zk) rollups. One such L2 extension rollup for the Ethereum blockchain is this.

ZK-Rollups replace the need for trustworthy validators by using cryptographic proofs to validate each new block contributed to the network. Although zk-Rollup technology has the potential to overtake optimistic rollups as the best layer 2 technology in the future, it is more difficult to implement and needs more study and development.

Uniswap had intended to utilise Optimism’s layer 2 solution, but the voters preferred this. However, Optimism’s complete debut was delayed, allowing it to take the lead. Despite this, since the governance vote was not final, Uniswap has implemented Optimism. As a result, integrating it into the platform can take longer.

What is Arbitrum Bridge?

Anyone can send ERC-20 tokens, including ETH, to Arbitrum One, a Layer 2 scaling solution for Ethereum, using the Arbitrum One Bridge. You must link your Ethereum wallet to the bridge in order to use it. You can utilise any of the supported wallets or MetaMask.

Many of the leading decentralised finance (DeFi) platforms, including Aave, Balancer, 1inch, Band Protocol, and Curve, either use Arbitrum or are considering doing so in order to boost throughput and reduce fees. To view all of the Ethereum DApps offered on the Arbitrum Layer 2, visit its portal.

To bridge the assets, make sure your wallet—like MetaMask or other wallets—has ETH on the Ethereum mainnet.

What Is Special About Arbitrum?

The goal of the project is to offer developers a simple-to-use platform for launching highly effective and scalable smart contracts that are compatible with Ethereum.

However, it’s not the only platform trying to get around Ethereum’s constraints; there are at least a dozen other ones as well. So what makes Arbitrum unique from the competition? Well, it has a number of distinctive qualities, such as:

One of the rollups that is most EVM compatible is called arbitrum. Any language that can compile to the EVM is compatible at the bytecode level, including Solidity and Vyper, and works right out of the box.

Because developers do not have to learn a new language before developing on Arbitrum, it is simple to develop on.

When it comes to expanding on their layer 2 solution, the Arbitrum team is doing what they can to reduce entrance barriers. As a result, they have created thorough developer documentation for Arbitrum, and programmers may get started using tools already available for Ethereum. No Arbitrum-specific software, such as plugins or compilers like Hardhat or Truffle, is required to be downloaded.

Arbitrum is a layer 2 scaling solution for Ethereum that not only aims to increase Ethereum’s transactional throughput but also to reduce transaction costs.

Arbitrum is able to reduce costs to only a minuscule fraction of what they are on Ethereum while still offering enough incentives for validators because of its incredibly effective rollup technique.

Since October, Arbitrum has operated a number of testnets and is now available to developers on the mainnet. Since Arbitrum lacks a native utility token, unlike many other layer 2 scaling solutions, there was no token sale.

Additionally, before Arbitrum opens to the general public, all interested developers will have time to set up shop. Arbitrum recently announced that it would grant all 250+ development teams who sought to build on the developer mainnet at least two full weeks of development time.

Ecosystem that is Well-Developed

Uniswap, DODO, Sushi, and hundreds of other Ethereum DApps and infrastructure projects are just a few of the projects that Arbitrum is already collaborating with.