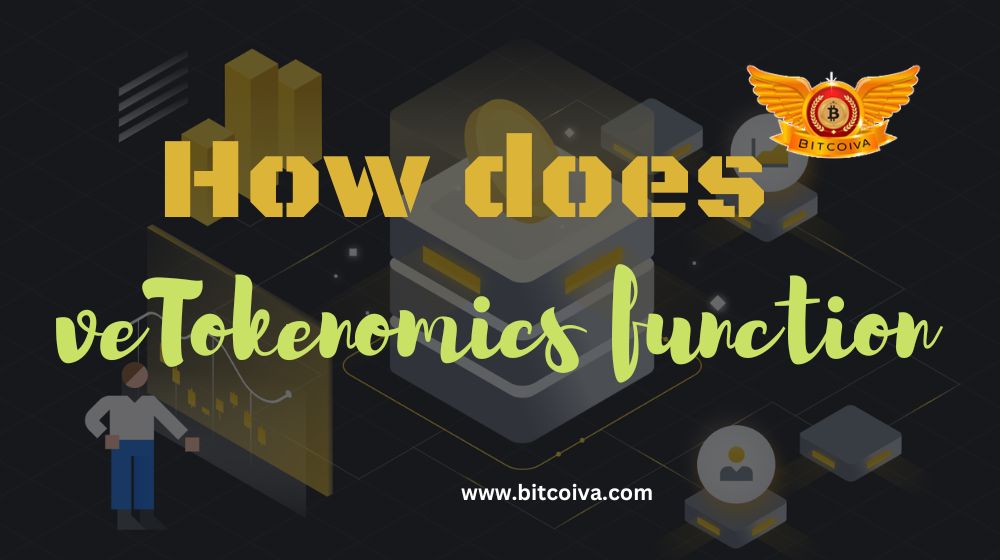 Tokenomics analysis used to control every aspect of a token’s production and management, including supply, distribution, timelines for burning tokens, and allocation to different stakeholders. Decentralized finance (DeFi) projects’ potential worth estimated using tokenomics. Tokenomics has a significant impact on the value of each nonfungible token (NFT) or cryptocurrency because the law of supply and demand cannot altered.

However, the tokenomics concept has a number of flaws, including a significant initial supply allocation to insiders, which could be a pump and dump red flag. Additionally, there is no handbook outlining the ideal token split between the founders, treasury, investors, community, and protocol designers.

DeFi methods lacking an initial token distribution strategy, such as Curve, MakerDAO, and Uniswap, lead to sub-optimal token distribution because larger contributors may not necessarily receive the best allocation or vice versa. Vote-escrowed tokenomics, also known as veTokenomics, proposed by the Curve protocol to address these problems. You will discover the fundamentals of veTokenomics in this post, along with how it functions, its advantages, and disadvantages.

What Exactly is Tokenomics?

Tokens must frozen for a predetermined amount of time under the veTokenomics theory, which promotes long-term engagement and reduces the market supply of the tokens. Users given veTokens in exchange, which are non-transferable and cannot sold. The requirement to lock one’s tokens for a set amount of time in order to participate in the governance process will result in an organic rise in token price over time.

Some DeFi efforts already allow you to lock up your tokens so that you can share in the protocol earnings. Owners of these locked tokens can manage the emission flow under the veToken design, which increases the liquidity of a given pool.

The term “emission” refers to the pace at which cryptocurrencies produced and issued. The emission rate influenced by the economic model of the cryptocurrency, specifically whether it is inflationary or deflationary. Because whales cannot use their votes to manipulate token prices, there is a better alignment between the success of the protocol and the incentives received by tokenholders.

Let’s look at how Curve implements veTokenomics in order to comprehend how vote deposit tokenomics functions. Liquidity providers (LPs) receive LP tokens for providing liquidity to Curve’s pools, same like other DeFi protocols. The Curve DAO token (CRV), which liquidity providers can boost by locking CRV, obtained by depositing these LP tokens into the Curve gauge.

The liquidity gauge determines how much liquidity being contributed by each user. One can stake their tokens from liquidity providers, for instance, in the particular liquidity indicator for each Curve pool.

Additionally, Curve Finance’s fees split between veCRV owners and LPs. To gain veCRV, one must forfeit their liquidity and lock their CRV governance tokens for a predetermined amount of time (one week to four years). This indicates that long-term stakeholders care about the project’s success and involved for the sole purpose of making quick money.

Holders of veCRV can choose which liquidity pools receive token emissions, boost stake rewards by locking tokens for a long time, and gain incentives for staking by securing liquidity through swaps on Curve.

Token owners’ ability to influence the voting process depends on how long they have kept their veTokens locked.

Think about Bob and Alex, who both possess the identical CRV. Alex only held the tokens for a year, compared to Bob’s two years of locking. Due to the fact that Bob locked his tokens for a longer amount of time than Alex did, his veCRV, voting power, and associated yields are doubled. Such a dynamic encourages sustained participation in decentralised autonomous organisation (DAO) projects and ensures democratic token issuance.

Balancer, which launched veBAL tokens in March 2022 with a maximum locking time of up to one year, is another example of veTokenomics. Additionally, Frax Finance proposed introducing veFXS tokens, which would allow owners to select gauges for allocating FXS emissions across multiple pools on various decentralised exchanges (DEXs).

What are veTokenomics’ Advantages and Disadvantages?

Knowing the fundamentals of veTokenomics makes it clear that token holders benefit from limiting the quantity of veTokens because doing so lowers the number of LP tokens and eases selling pressure. As a result, token holders who possess a sizable number of tokens are unable to control their price. Additionally, this well-liked tokenomics model encourages the expansion of pool liquidity, which improves a stablecoin’s capacity to maintain its peg.

The early DeFi governance tokens had little to no effect on the price because there was no market for tokens of liquidity providers other than speculating and using them to exercise governance rights.

However, because the community anticipates improved yields, priceless governance rights, and the alignment of the goals of all stakeholders, locked veTokens have a favourable impact on supply dynamics.

Despite the aforementioned benefits of the vetoken paradigm, stakeholders should be aware of a number of disadvantages. The veTokenomics protocol may not draw short-term investors because not everyone makes long-term investments.

Additionally, if tokens are locked for an extended period of time, the opportunity costs may be excessive because a person cannot unlock them until the tokens’ maturity date if they change their minds. Furthermore, if the protocol issuing such tokens owns the majority of veTokens, this strategy impairs the decentralisation of governance and reduces long-term focused incentives.

Curve Finance views governance tokens that solely offer the right to vote as valuable in the conventional tokenomics model (the pioneer of the veTokenomics model). Furthermore, it thinks that when “governance” is the only thing driving demand, there is little incentive for anyone to devote themselves entirely to a project.

A notable improvement is the brand-new tokenomic framework known as veTokenomics. The veTokenomics model is still in its infancy even though it reduces supply, rewards long-term investors, and aligns investor incentives with the protocol.

Future protocols may use veTokenomics into their design architecture in addition to coming up with creative ways to create unique economic systems that employ veTokens as a middleware foundation. Even Nevertheless, it is impossible to foresee how tokenomics models will change in the years to come because the future is uncertain.