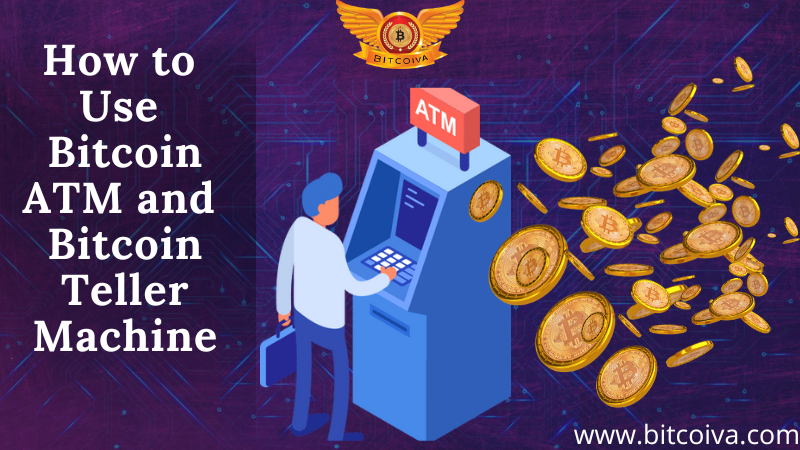 A Bitcoin ATM (Automated Teller Machine), also known as a BTM (Bitcoin Teller Machine), is a well-liked method of buying or withdrawing Bitcoin outside of the traditional banking system. Along with the increasing value and level of trust in cryptocurrencies, they have grown in popularity over time.

Other ATMs that let users buy and/or sell different cryptocurrencies, including Litecoin (LTC), Ether (ETH), Bitcoin Cash (BCH), and Dash (DASH), among others.

Continue reading if you want to learn more about them or if you haven’t used one yet. We’ll be talking about a few fascinating topics related to Bitcoin ATMs in this article. We’ll also give you useful details, such the normal conditions and procedures you should remember while buying or selling bitcoin.

What Exactly is a Bitcoin ATM (BTM)

In that it is a physical kiosk, an ATM or BTM is similar to a standard automated teller machine. Naturally, this makes it different from other ATMs in that users can purchase Bitcoin in return for cash or debit. Users can also sell Bitcoin for cash at some BTMs.

How do Bitcoin ATMs Works

Bitcoin ATMs make buying and selling Bitcoin far more convenient than online cryptocurrency exchanges. Typically, in order to utilise a Bitcoin ATM, a user must already have an account.

There are two categories of Bitcoin ATMs, or BTMs:

Unidirectional Machines: Devices for one-way cryptocurrency transactions that permit both buying and selling.

Machines that are two-way and facilitate both buying and selling of cryptocurrencies are known as bi-directional machines.

In order to facilitate the conversion of cryptocurrencies into cash, BTMs must be online. Some BTMs still use paper receipts, but most BTMs move money using a public key on the blockchain.

When making significant transactions with bitcoin ATMs, a verification process is frequently necessary.

Bitcoin transactions are blockchain-based, as contrast to conventional ATMs, which only allow for physical deposits and withdrawals of money. They employ a QR code to deliver cryptocurrencies to a user’s Bitcoin wallet. They are also not run by major financial organizations because they do not link to a bank account. But as we just said, they follow the same rules and laws.

Typically, a QR code corresponding to the user’s Bitcoin wallet address will be requested. Coins purchased after that can be added to their wallet. After a few minutes of processing, a record of the transaction will then show up in the user’s digital wallet.

The amount of cash that can be deposited with a BTM is likewise subject to lower and upper limits. All Bitcoin businesses operating in the US must register with FinCEN. Additionally, they must adhere to the Bank Secrecy Act’s AML provisions. Depending on how many transactions you do, the Bitcoin ATM could need your cell phone number to text you a verification code. You might need to scan a piece of identification that was issued by the government, like a driver’s license, in order to complete a transaction.

How to Utilize Bitcoin ATM

The typical methods for utilising a Bitcoin ATM to convert your fiat dollars into Bitcoin are listed below. Here is a quick guide on how to purchase Bitcoin from a Bitcoin ATM:

Put your Phone Number in First

Identity checks are necessary for Bitcoin ATMs. Before beginning a transaction, you are typically required to provide your mobile number in order to receive a verification code.

While anonymity was once a major selling point for Bitcoin ATMs, these days they must adhere to Know Your Customer (KYC) and Anti-Money Laundering (AML) requirements.

All BTMs are required by law to have some sort of identity verification, including scanning a piece of identification given by the government or giving a phone number.

Verify your Identification in Step Two

You must now confirm your identification after providing your phone number. Waiting for the verification code that the BTM will text to your phone number will allow you to do this. You must then enter that precise code into the device you are using.

Then you will be informed that your code is 7654321. “Thank you,” or anything similar. This precaution was added by the BTM manufacturers to stop users from entering fictitious phone numbers into the BTMs.

Scan the QR Code on Your Wallet

It’s very possible that you already have a Bitcoin address if you’re using a Bitcoin ATM. The actual Bitcoin will be transferred here.

You must have a Bitcoin address in order to use a Bitcoin ATM. The computer will transfer the actual BTC to this address. There are a couple of ways to obtain a Bitcoin public address if you don’t already have one:

The use of a paper wallet

Using an address on a transaction

In light of this, your QR code is crucial. You must scan this to tell the Bitcoin ATM where exactly to transfer your BTC because it serves as your Bitcoin address. Be aware that BTC ATMs support a variety of wallets. Therefore, if you’re unclear, it’s preferable to consult your wallet provider.

You only need to enter how much you wish to trade for bitcoin at this point. Also you only need to put your money in the machine’s specified receptacle, just like a standard ATM that accepts cash deposits.

You will then be informed of the machine’s value in terms of Bitcoin. For instance, if you enter $400, you will see the following prompt: $400 USD is equivalent to 0.0095 BTC.

Verify the Total and Finish the Transaction

You only need to click “BUY” or “CONFIRM” once you’ve made sure you put in the right amount of money and are satisfied with the transaction. Your Bitcoin address, which you verified earlier with your QR code, will then receive the Bitcoin you just purchased.

Be aware that processing time for transactions made at a Bitcoin ATM might range from 10 to an hour. Don’t be concerned if you don’t see the money reflected in your digital wallet right now because it often takes six network confirmations to do this.

What does it cost to use a Bitcoin ATM, then? As we noted, despite BTMs’ rising popularity, their fees are still fairly costly. Typical ATM fees for bitcoin range from 10% to 15%. They can, however, fluctuate between 7% and 25%.

For instance, if you want to purchase $800 worth of bitcoin and the average buy charge is $10, you will receive $720 and pay a $80 cost. That is very important.

On the other side, suppose you were to sell bitcoin valued $1,000 for a 7% sell charge.

As a result, you will only receive $930 in your own money after paying a $70 transaction fee. Once more, it’s a sizable sum of money.

To avoid this, do some research prior to visiting a machine close to you. You may then plan ahead and choose the machines with the most affordable rates.

The ratio of cryptocurrencies to Bitcoin ATMs that support them is depicted in the following graph:

Due to the fact that Bitcoin ATM technology is still in its infancy, there aren’t many other cryptocurrencies that these machines support. It might take some time for all 1600 various sorts of alternative coins to be backed by significant BTM producers.

However, given the quick development and widespread use of BTM technology, there is a strong likelihood that more alternative currencies will be supported by BTM manufacturers globally in the future.