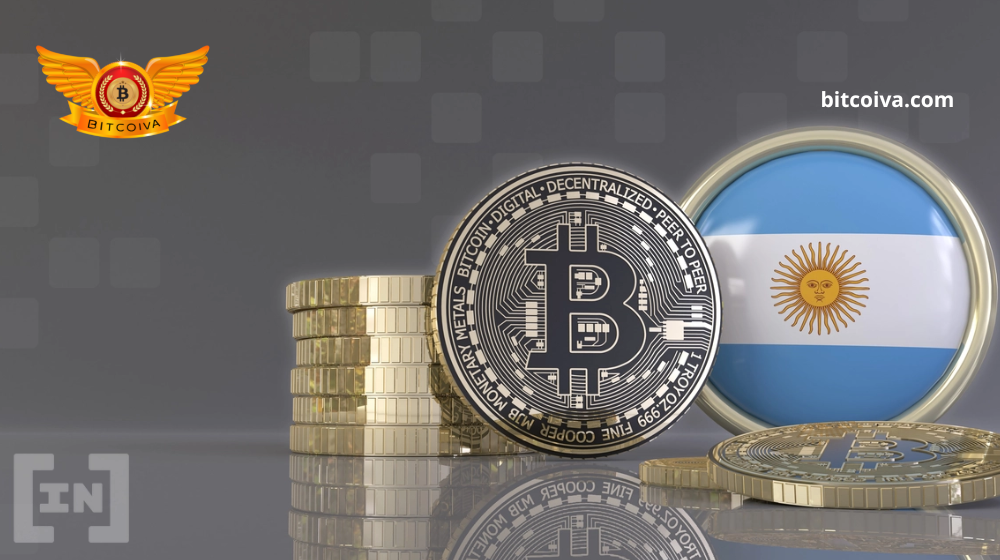 Jack Mallers, the CEO of Strike, talks about the Bitcoin lightning network and explains why he thinks it disrupts as a payments system.

This is an asset with a fixed supply, known issuance, known monetary policy. A wide enough distribution that you can be certain it won’t ever change. I don’t encourage people to use Bitcoin for purchases. How do you actually transport value at the speed of light, I’m saying?

Since this is a payments network, money could be transferred instantly and cost-free anywhere in the world. And anyone can build on top of it because it is more innovative and inclusive.

They are unaware that Bitcoin is involved when sending money or ordering Chipotle from a retailer. Thus, the payment network that enables the settlement of value is what is disrupting this situation. Regardless of whether you want to have a stablecoin on one end, a euro, or Starbucks points.

Jack Mallers, CEO of Strike, appeared on Yahoo Finance Live to talk about the launch of the company’s Shopify integration, bitcoin, and plans to upend the established financial system.

BRIAN CHEUNG : Strike a digital payment platform, is integrating with Shopify, an e-commerce platform, to enable US businesses to accept Bitcoin payments from clients worldwide as US dollars. Let’s bring in Strike CEO Jack Mallers and Yahoo Finance’s David Hollerith to have a deeper discussion about the growth of crypto payments and its future.

It’s wonderful to have you in the lineup. I wanted to ask you, Jack, if you could just kind of give us a little more information on this collaboration you have with Shopify, the concept of being able to go on these many marketplaces and then use Bitcoin to transact. Why did you choose to pursue this collaboration?

JACK MALLERS: Actually, I would slightly modify that. The concept is that it’s not always about spending bitcoin. It’s that using the Bitcoin payment network outperforms networks for processing credit cards, banks, and remittances like Western Union.

A payment network is essentially a network that enables the transfer of value from point A to point B. The Bitcoin network simply performs that function much better. Additionally, it can be interfaced with dollars in the same way that Visa can do it with dollars over debt-based payments for credit card payments.

So, in my opinion, it is simply better, costs less, quicker, has wider scope. It includes more people. It is more original. And it’s just the new manner in which we ought to conduct payments.

DAVID HOLLERITH: Jack. I appreciate you joining the show.

Yes, I was merely interested. You know, usually when I discuss using cryptocurrencies to innovate the payments industry, people will bring up something like, say, a stablecoin pegged to the US dollar. Therefore, I was wondering why you might have considered using Bitcoin as a payments network.

JACK MALLERS: I really want to categorize Bitcoin as an asset because it has a fixed supply, a known issuance, a known monetary policy, and a sufficiently wide distribution network that ensures its constant value. I don’t encourage people to use Bitcoin for purchases. How do you actually transport value at the speed of light, as I am suggesting? This is a payments network, after all, that allows for the free, instantaneous transfer of value anywhere in the world. It’s more innovative and inclusive.

Just to give you an example, if I wanted to convert dollars to euros, I could withdraw dollars from your Chase account, convert them to Bitcoin, send them instantly around the world, and then change them back to euros. The consumer sending the money or the consumer purchasing Chipotle are unaware that Bitcoin is involved.

Thus, the payment network that enables the settlement of value is what is disrupting this situation. Regardless of whether you want to have a stablecoin on one end, a euro, or Starbucks points. It’s not always what the customer, the business, the person sending the payment, or the B2B wants to hold and interact with. Under the hood, it’s the rails.

AKIKO FUJITA : It sounds like you’re still saying that you think of Bitcoin as a store of value, Jack, but this allows for a faster payment system, so that’s an interesting proposition. Although the partnership we’re discussing today is with Shopify, how do you see it developing further? What is the system you’re using?

JACK MALLERS: Consider it this way, if you will, I mean. When a global communications network became available, it became known as the internet. Nowhere in an email that I open do I have to note that it is a cross-border email. This is a flirtatious email to a girl. This email will result in the termination of my employee.

No, all it is is a message, which I can send by clicking. It will arrive in less than a second and without cost, regardless of whether it is sent to the person to my left or someone in Japan. Because the value is in the message. All of it is part of one global network.

The same holds true for Bitcoin payments. That’s why I find it fascinating. It will settle in less than a second and without cost whether I’m paying for coffee, sending money, or tipping someone on Twitter.

Now, because Bitcoin is an asset that is intended to be held, appreciate, and store wealth across space and time. I don’t recommend using it for transactions. The interface with dollars is what I’m in favour of. We can transfer money over it. We can move euros over it.

It is taking the place of the current, split-off independent payment networks, including Western Union, card networks, and transfer. To move value from point A to point B, we can all agree on a single global standard that is open to all. Simply put, it is superior.

DAVID HOLLERITH :Yes, Jack, I heard your keynote address for Bitcoin 2022. And you sort of discussed how— you know, you gave a pretty clear example of how a sender could use your app to send US dollars if they chose not to use their Bitcoin. It would be converted to Bitcoin on the back end of your app, sent, and then converted back into US dollars for the merchant.

Your discussion about how the credit card industry hasn’t really seen innovation for the merchant since 1949. I believe, was the talk’s high point. Now, could you elaborate on that a little bit? What is the merchant’s gain in this situation?

JACK MALLERS: Indeed, what I mean to say is that payments as we know them today are debt promises. The idea originated with Mike Brock. That implies that the US dollar, which is represented by paper currency, cannot settle and move faster than light. When I enter a Chipotle and swipe my card, money doesn’t immediately jump out of my pocket.

In reality, the banks are making promises to one another, and Jack is up to the task. Jack is a good choice. Give him the burrito to eat. We will decide later.

Who is responsible for paying off the debt? The retailer is there. They impose taxes on retailers to pay for this endless supply of credit.

What have banks been doing over the past 60 years if not innovating? They have been constructing extremely complex revolving doors of credit.

The innovation, the big bang, the “a-ha” moment is that you can now send a digital bearer instrument, also known as Bitcoin, along with a message to a merchant indicating that Jack wants to make a payment for something. Additionally, it is capable of hopping out of my pocket and into the cashier at Chipotle.

And that’s the innovation: the merchant no longer needs to rely on banks and establish credit with debt organisations to ask for Jack’s money in 30 days. Because he claimed to be trustworthy when he purchased this burrito. You now possess a physical bearer device that is intrinsically digital and capable of settling and moving at the speed of light.

Therefore, the merchant also receives the money when they receive that message. And that implies that you don’t need to call the banks, beg , and bargain with them about things like interchange.

The fact that the message is that anyone can build on top of money is the reason this is such a big deal. They’ve built such sophistication—the regulatory compliance—to give unbacked consumer credit loans, which is why I can’t go to Chipotle and pay with my Twitter or my CashApp or whatever. I need a card issued by a bank. And now that we have a digital bearer instrument that could settle instantly. And that is no longer necessary to facilitate commerce.

JACK MALLERS: I sincerely hope that this makes sense. Just 65 years have passed since that fascinating revolution began.

BRIAN CHEUNG : Indeed, Jack. It illustrates how out-of-date the American payment system is, in a way. El Salvador is where I want to move because they’ve started accepting Bitcoin as legal tender. El Salvador is served by the mobile payments app Strike. Tell us what you’ve observed on that front and how it contrasts with the American system in place here.

JACK MALLERS: Well, consider it. The internet’s enormous importance for things like freedom of speech is the same thing. Leaving aside my potential corporate incentive as a businessperson

Can you imagine trying to follow the war today without the internet if I had to rely on “The New York Times” to publish a credible opinion? No, I can access the internet. It is open to all. Everyone involved in it. Due to the fact that anyone can use it and build upon it, it is inherently innovative.

And as a financial network, Bitcoin is exactly that. It operates on the same idea. Therefore, when emerging markets invest in an asset that can preserve and store their wealth over time, it frees them from having to place their trust in their government and their own national currency—or lack thereof.

And finally, a payment system that ushers them into the digital era and is ultimately inclusive, requiring no creditworthiness to participate. All you require is an internet connection and a mobile application that you enjoy using.

I see El Salvador as an emerging market because of this. I observe a developing nation that was perhaps hundreds of years behind becoming one hundred years ahead. They appear to have taken steroids, leaped into the future.

DAVID HOLLERITH: Jack, could you please respond quickly? I mean, how popular is the app? Do you have any numbers you could give us?

JACK MALLERS: I can’t share any numbers with you. A few pretty significant deals are currently underway. though widely.

Additionally, I’d like to point out that it’s opt-in. Thus, the idea that it is like receiving a free gift. Whoa, what’s in the box feels like an asset that has never behaved more in my best interests, and a payments network that has never been simpler to innovate and expand to include everyone.

It’s fascinating that there are people who want to subscribe to that and gain from it all over the world. And if anyone objects to that, I would seriously doubt their moral character because they are not required to use it.

DAVID HOLLERITH : Jack, once you’re prepared to share some of those numbers with us, we’ll need to have you back on the show.

DAVID HOLLERITH. I sincerely appreciate your time. The conversation is joined by our very own David Hollerith, CEO of Strike, and Jack Mallers.