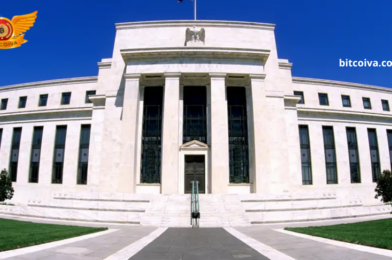 The Federal Reserve of the United States announced that it is publishing final guidance for new financial institutions to access its “master accounts.” The global payment system requires these firms to participate. Nikhilesh De, Managing Editor of CoinDesk Global Policy & Regulation, discusses the specifics and potential outcomes.

Fed Vice Chair Lael Brainard in a statement, that “The new guidelines provide a consistent and transparent process to evaluate requests for Federal Reserve accounts. And also access to payment services in order to support a safe, inclusive, and innovative payment system.”

The guidance is broadly similar to what was first proposed in 2021. And it will establish a multi-tiered system that will allow the Fed to tailor its evaluation process for granting access . The granting access is based on the type of financial institution applying. Each tier corresponds to a more stringent review procedure.

The third tier includes firms that are “not federally insured . Federal banking agency does not subject to prudential supervision.” Most likely it includes Wyoming crypto banks.

The Fed received comments after publishing both its initial proposed guidance in 2021 and its updated guidance earlier this year. According to a statement published alongside the guidance and press release. Most commenters used a template letter, but the Fed only appears to have received about 70 unique responses.

Shortly before the publish of Fed’s initial proposal , Custodia and Kraken both applied for master account access in 2021

Kraken Bank CEO David Kinitsky told CoinDesk at the time that the proposal was a positive step for his company.

“There’s nothing novel about the factors they’ve included here.” “This is exactly what the Federal Reserve is looking at in terms of risk to the reserve itself. A risk to the payment system, and risk to the economy,” he said.

Both companies received routing numbers earlier this year, which was an important step toward gaining access to master accounts. Though not indicative that the companies will for sure receive access. Custodia sued the Fed in June, accusing it of failing to meet a mandatory one-year deadline . A deadline deciding whether to grant the Wyoming firm access or not. 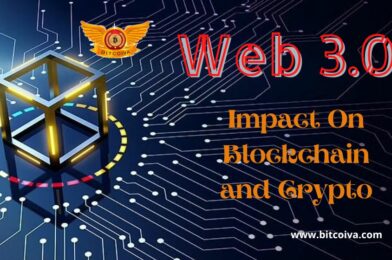 The third generation of web technologies known as Web 3.0 (Web3). The World Wide Web, commonly referred to as the web. Which serves as the basic building block of the internet by offering website and application services.

There isn’t a single, accepted definition of Web 3.0. Because it is continually changing and defined. However, it is evident that Web 3.0 will heavily emphasise decentralised applications and utilise blockchain-based technology. Artificial intelligence (AI) and machine learning will both used in Web 3.0 to enable smarter, more adaptive applications.

What Exactly is Web3.0

The Web 3.0 era, sometimes referred to as Semantic Web or read-write-execute. Begins in 2010 and signals the future of the internet. By enabling computers to examine data in a similar manner to humans, artificial intelligence (AI) and machine learning (ML) enable. The intelligent creation and dissemination of valuable information tailored to the individual needs of a user.

Decentralization is at the core of both Web 2.0 and Web 3.0. Although there are a few fundamental differences between the two. Developers of Web 3.0 applications hardly ever produce and distribute ones. That use a single server or a single database to hold data.

The Development of Web 3.0 Technologies

Web 3.0 will emerge as a natural progression of current web tools mixed with cutting-edge technologies. Technologies like blockchain and artificial intelligence, as well as from consumer connectivity and rising internet usage. Internet 3.0 appears to be an improvement above web 1.0 and 2.0.

Despite just providing access to a small amount of information and requiring little to no user input. Web 1.0, also known as the Static Web, was the earliest and most trustworthy internet in the 1990s. Making user pages or simply commenting on articles wasn’t common back then.

Users found it very challenging to locate pertinent information in Web 1.0. Because there were no algorithms for sorting internet pages. Simply described, it resembled a one-way street with a little pathway where a few few created the material and the majority of the information came from directories.

Thanks to developments in online technologies like Javascript, HTML5, CSS3, etc., the Social Web, also known as Web 2.0, made the internet much more interactive and allowed companies to create interactive web platforms like YouTube, Facebook, Wikipedia, and many more.

Since data can now distributed and exchanged between different platforms and applications. This paved the way for the development of social networks and user-generated content.

A number of web inventors, like the aforementioned Jeffrey Zeldman, invented the technologies that used in current internet era.

The next stage of the web’s development, known as Web 3.0, aims to give the internet a near-human level of intelligence by using AI systems to run clever applications that can help users.

The Semantic Web intended to “automatically” interface with systems, people, and domestic appliances, according to Tim Berners-Lee. As a result, both humans and machines will involved in the content development and decision-making processes. This would make it possible to intelligently produce and provide highly-tailored content to each and every internet user.

What does Web 3.0 in Crypto Mean

You’ll see that cryptocurrency regularly brought up when discussing this. This is due to the fact that many Web 3.0 protocols have a strong reliance on cryptocurrencies. Instead, it provides a financial incentive (tokens) to anyone who wants to assist in the development, administration, contribution, or improvement of one of the projects. Digital assets known “Web 3.0 tokens” linked to the goal of building a decentralised Internet. These protocols may offer a range of services, including hosting, computing, bandwidth, storage, identity, and other internet services previously offered by cloud providers.

For instance, the Ethereum-based Livepeer protocol offers a market for producers of video infrastructure and streaming services. Similar to this, Helium uses blockchains and tokens to entice individuals and small companies to provide and validate wireless coverage as well as send device data across the network.

The protocol offers a variety of technical and non-technical alternatives for people to make a living. Similar to how they would pay a cloud provider like Amazon Web Services, users of the service often pay to use the protocol. The elimination of unnecessary and frequently wasteful intermediates is a common feature of decentralization.

Additionally, nonfungible tokens (NFTs), digital currencies, and other blockchain components will be crucial components of this. For instance, Reddit is aiming to break into the Web 3.0 space by developing a system that uses cryptocurrency tokens to let users effectively manage portions of the online communities in which they engage. Users would use “community points,” which they would acquire by posting on a particular subreddit, according to the idea. The number of users that upvote or downvote a specific post determines how many points the user receives. (It’s just Reddit Karma on the blockchain.)

These points can basically utilised as voting shares, giving users who have contributed significantly more influence over decisions that have a larger impact on the community. These points can’t just taken away because they kept on the blockchain, and they also follow you, giving their owners more control. Fair enough, this is simply one use of a Web 3.0 concept called Decentralized Autonomous Organizations (DAOs), which employs tokens to more fairly share ownership and decision-making power.