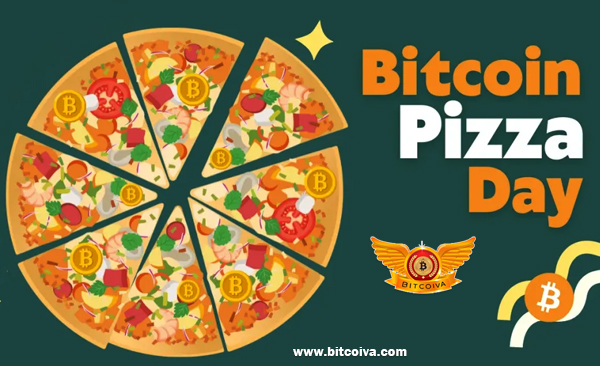 If you ever looked into crypto, you’ve definitely run into the seemingly limitless list of terms and slang that used by those in the field. However, things don’t end there. In the world of cryptocurrencies, there are additional anniversaries, such as Bitcoin Pizza Day. But what does this ostensibly significant crypto milestone mean?

What Is Pizza Day For Bitcoin Means

Although bitcoin has been around for much longer, the crypto sector has only recently experienced its biggest rise. You may be aware that Satoshi Nakamoto created and released Bitcoin, the first cryptocurrency, in 2009. Nearly nobody was familiar with cryptocurrencies back then, and even Bitcoin, a coin with today’s skyrocketing value, was worth practically nothing when it was first established.

Since Bitcoin had never actually used to make a purchase, it didn’t truly have a strong value for about a year after its introduction. Without a real-world comparison, dealers would typically haggle prices on the Bitcoin forum, which the enigmatic Nakamoto also started.

But on May 22, 2010, a guy by the name of Laszlo Hanyecz made history, and everything changed. Hanyecz, a pioneering cryptocurrency enthusiast, made the decision to attempt to purchase two pizzas using only the Bitcoin he had on hand on this particular day. One Bitcoin today would buy you enough pizza to fill an entire home, but back then, things were drastically different.

Hanyecz then logged onto the Bitcoin Talk site and declared his intention to buy two pizzas for 10,000 BTC. 10,000 Bitcoins are now worth more than $300 million. It valued at about $40 in May 2010. Hanyecz announced that he needed two huge pizzas delivered to his house. Even the types of toppings he preferred mentioned.

A few days later, Hanyecz was able to locate a person who could help him make this transaction. Lo and behold, he was able to spend 10,000 BTC on two pizzas. Hope he enjoyed the garnishes.

The day of Bitcoin Pizza was Significant for Cryptocurrency

The first-ever physical item purchased with cryptocurrency on Bitcoin Pizza Day. This gave Bitcoin some physical substance and signalled the moment when cryptocurrency aficionados discovered that Bitcoin may have worth in addition to that which bargained between buyers and sellers in virtual transactions.

Why It Is called Bitcoin Pizza Day

It is an intriguing tale. Laszlo Hanyecz, a Florida resident, had a craving for pizza about twelve years ago. He intended to place a Papa John’s order for two large pizzas. Laszlo, a bitcoin miner, intended to use bitcoins to pay for the pizza. On May 18, he posted on Bitcointalk.org that he would provide 10,000 BTC to anyone who would place an order, pay for the two huge pizzas, and then deliver them to him. A 19-year-old student named Jeremy Sturdivant accepted the offer on May 22 after four days of silence and received 10,000 BTC for just under $25. Hanyecz became the first person to use Bitcoin for a business transaction, making this the first bitcoin transaction to take place in the real world.

The cost of this pizza was the highest ever paid for a pizza in human history. Hanyecz also didn’t give a damn because in 2010 10,000 BTC was only worth $41. But he later said in an interview that he had a great deal of regret over that day. Those BTCs would be worth millions if he had kept them. A record-breaking high price of 630 million dollars was obtained for Bitcoin on the 11th anniversary of this pizza day.

Every year, the cryptocurrency community joins together to celebrate Bitcoin Pizza Day in recognition of this significant occasion. It serves as a warning to avoid regrettable choices like Hanyecz’s and to manage your money wisely. In the bitcoin community, it is also seen as a holiday when some miners choose to buy pizza on this day rather than mine bitcoin. Additionally, several pizza shops give discounts to customers who purchase with cryptocurrency.

It’s true what you just read! Hanyecz continued making these purchases even after spending his 10,000 BTC on two huge pizzas. He publicly offered to bring pizza in June of the same year in exchange for his bitcoins.

After almost five years, Jeremy finally used his BTCs. Even though they were only worth $400 combined, he still made a tidy profit. He was of the mindset that money should be used, and he quickly reintroduced the 10,000 BTC into the market.

Prior to the original halving in 2012, each productive miner received 50 BTC in exchange for successfully mining a new block. Since there was no competition in 2010, Hanyecz only needed to mine 200 blocks to get 10,000 BTC, which was not difficult.

There have been other firsts in the Bitcoin community besides Bitcoin Pizza Day. “Satoshi Disappear Day” is observed on April 28, 2011, the day Satoshi Nakamoto resigned as the project’s creator. This day is celebrated in remembrance of Bitcoin’s illustrious anonymous creator.

What is the cost of the Bitcoin pizza?

The crypto enthusiast made what is now recognized as the first real-world Bitcoin transaction by paying 10,000 BTC for two enormous pizzas. 10,000 BTC was then worth about $40. At its current value of $300 million, you could certainly afford to buy an entire chain of pizzerias and still have change.