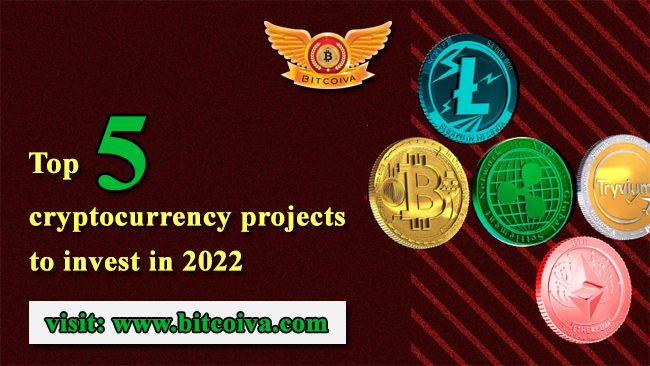 The Colony project is at the top of our list of Cryptocurrency projects. Colony is the first community-driven, future-oriented fund. The Avalanche Foundation has previously supported and invested in this project, therefore it is effectively an Avalanche endeavour.

Simply said, Colony is a collection of smart contracts that serve as the foundation for an organization’s core operations. This project addresses the ownership, structure, and power of online groups in addition to funding.

So, where do you begin? Tokens are the first thing you’ll need. Cryptocurrency project, such as Colony, need native tokens to run on networks. The ticker symbol used on exchanges can be used to identify these tokens.

After you’ve bought the tokens, you’ll need to transfer them to a wallet that supports Colony. The tokens will be used to shift money around. Even so, because moving funds incurs transaction fees, you’ll want to find a network with the lowest prices. Also, be cautious when selecting a network by ensuring that you select the correct one. It is prudent to conduct research in order to avoid being a victim of a con.

You’ll come across a variety of services on the network, the most popular of which is a decentralised exchange (DEX). You can also lend money and charge interest if you provide liquidity in exchange for interest. The options are limitless. All you have to do now is link your Cryptocurrency -compatible wallet to the supported network and log in to your account.

Another decentralised finance network is Aave is one of the top cryptocurrency project that has a potential off standard growth and also allows users to lend and borrow a variety of coins. Peer-to-peer lending is enabled by smart contracts enabled by a crypto pool on the platform. People want to lend crypto in order to earn interest or borrow money in order to pay interest.

The Ethereum blockchain underpins Aave. Users rely on a number of algorithms and a network of computers running Aave to handle deals, which are managed by smart contracts. You don’t have to rely on or pay traditional banks or financial organisations to keep your money safe.

The first cryptocurrency to offer smart contracts was Ethereum. Since then, however, it has been plagued by traffic congestion and expensive transaction fees. As a result, a number of alternatives have emerged, each of which provides speedier transaction processing at a reduced cost.

Fantom, an open-source smart contracts platform for dApps and digital assets, is one of the alternatives. This platform streamlines synthetic asset borrowing, lending, and trading. All you have to do now is log into your digital wallet and deposit tokens to begin earning.

Another promising decentralised money system is PancakeSwap. This Cryptocurrency project, which is built on the Binance Smart Chain as an automated crypto market maker, was launched just a year ago. PancakeSwap, like Aave, is a trading liquidity provider.

These customers had staked more than $5 billion on the decentralised exchange by the end of October (DEX). PancakeSwap is a steal when compared to peers like Uniswap, with a market cap of only $4 billion.

The Graph could only index on Ethereum previously. However, since the NEAR blockchain tested it, it has started running on blockchains that aren’t Ethereum-compatible.

One thought on “Top 5 Cryptocurrency Projects to Invest in 2022”