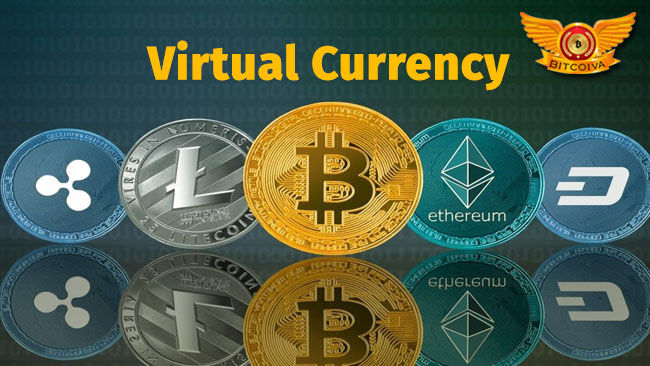 What is virtual currency?

A virtual currency is a value representation that can only be accessible over the internet. Special software, mobile applications, or computer programs are used to preserve and transact it. Virtual currency transactions take place through secure, specialized networks or the Internet. Individual companies or groups of developers typically issue them because they are unregulated.

The term “virtual currency” refers to a type of digital currency. They are issued by private parties, such as a group of developers or organizations, and are exclusively designed for online use; unlike paper money, they do not have a physical form. As a result, they differ from central bank digital money, which are digital representations of central bank-issued cash (CBDC).

The European Central Bank (ECB) established the term “virtual currency” in 2012 to categorize different forms of “digital money produced and managed by its producers and used as a payment mechanism among members of a specific virtual community.” 1 Virtual currencies are “digital representations of value that act as a unit of account, a store of value, and a medium of exchange,” according to the Internal Revenue Service (IRS) of the United States.

Both definitions may not be totally valid today, despite being wide enough to embrace a variety of virtual currency characteristics.

In mainstream culture, virtual currencies have likewise failed to catch on as a payment mechanism or means of exchange. They are only used in limited circumstances, such as in gaming communities or as a speculative investment item. It’s also debatable if they’ve established themselves as a store of value, similar to gold. There’s also the issue of regulation to consider. Despite the fact that virtual currencies are still unregulated in the great majority of financial countries, this is steadily changing. El Salvador has made Bitcoin, the cryptocurrency with the largest market capitalization, legal money. Virtual currencies are unregulated in the United States, which has some of the world’s most sophisticated financial markets. Authorities, on the other hand, are seriously considering regulation. The Securities and Exchange Commission (SEC), which regulates financial markets, wants to regulate bitcoin exchanges. Stablecoins, another type of virtual money, are also set to be regulated. 3 Trades involving some forms of virtual currency, such as cryptocurrencies, are taxed by the IRS.

Virtual Currencies: What Are They and How Do They Work?

Virtual currencies are classed as follows based on their operational network:

Though most open virtual currencies are decentralized, some, such as Ripple’s XRP, are designed to be centralized, which means a single agency is in charge of their production and distribution.