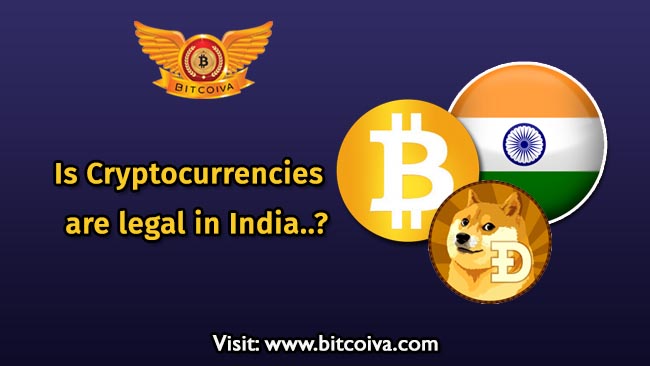 One of the hot topic among crypto traders in India who are eagerly waiting for cryptocurrency to get officially legalized. Cryptocurrency is a digital currency that is based on cryptography. Both the seller and the buyer must agree on the transaction specifics before a currency may be used as a means of exchange. Cryptocurrencies utilizes blockchain technology, which produces a digital ledger in which transaction information are recorded in a decentralized peer-to-peer network. Cryptocurrencies are fundamentally different from traditional or “fiat” currencies because of their decentralization.

In recent years, cryptocurrencies have received a lot of attention. With the Supreme Court’s recent decision allowing bank transactions with cryptocurrency exchanges and trading platforms lawful in India, they have piqued the curiosity of investors and the general public alike. Let’s clear the air about cryptocurrencies before we go into the specifics.

Legal status of cryptocurrency around the world:

Countries across the world have adopted a variety of positions on this type of money, depending on a variety of circumstances such as the country’s financial state, financial institutions’ lobbying power, and the government’s goal. . Cryptocurrencies are not regarded legal cash in the United States, for example, however regulations on cryptocurrency exchanges differ by state. Some nations, like as Venezuela, have legalized and even developed local cryptocurrency for their citizens. Cryptocurrencies are legal tender in several countries, such as Germany.  Several nations, like Australia and Brazil, have maintained a neutral position on bitcoin use. India is slowly regulating cryptocurrency as of recent events Indian government has imposed 30% for cryptocurrency.

Is cryptocurrencies legal in India?

India, as one of the world’s largest marketplaces and home to a sizable young population, is expected to see widespread cryptocurrency adoption in the future. This growing acceptance and use may result in a stable value for cryptocurrencies in India, which may encourage even greater adoption. Aside from currency adoption, Indian investors would be able to diversify their portfolios by investing in cryptocurrencies such as Bitcoin, Ethereum, and others. The growing acceptance of cryptocurrencies as a medium of exchange and an investment will expand the number of businesses and institutions that accept them for transactions. Furthermore, legal recognition is anticipated to offer up additional opportunities for block chain businesses in the nation, perhaps leading to the growth of more block chain companies.

It’s easy to dismiss crypto trading as a legal grey area, but specialists will tell you that there is no legislation in the country that prohibits crypto trading or states that doing so is unlawful. The government is now working on a law to regulate cryptocurrency trading, which would include guidelines for how cryptocurrency exchanges like Bitcoiva should function in the country, as well as how income from such currencies will be taxed and other issues. Even the Reserve Bank of India (RBI) has not declared crypto’s unlawful, despite its reservations.

There is a strong hope cryptocurrency complete acceptation and legalization in India is not so far. Because of their open and public character, cryptocurrencies like Bitcoin and Ethereum are called public cryptocurrencies across the world. Anyone can monitor, confirm, and verify the transactions. The leaders of India’s crypto community are initiating discussions with the government to help them understand the decentralized and public nature of public block chains, as well as how other countries regulate their trading through licenses, KYC/AML practices, and a well-structured rulebook.