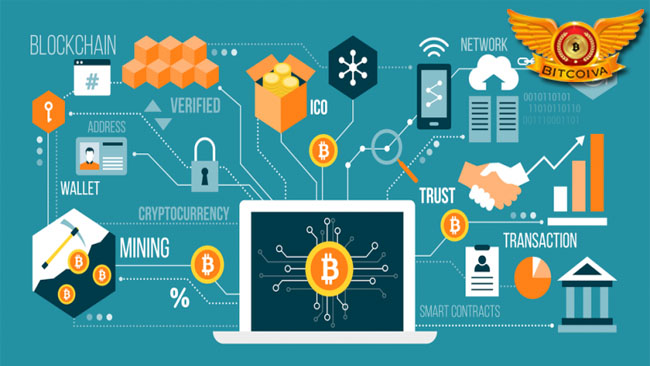 Cryptocurrency was designed by blockchain technology, but what is a blockchain exactly? Due to the popularity for this term, its meaning and significance are frequently misunderstood. Basically, it’s a digital ledger where you can keep the track for your transactions. The ledger wasn’t controlled by a single system and it was shared between a network of computer systems. How ever all the transactions are controlled and authenticated by a decentralized computer network.

When data is exchanged across a network, proponents of blockchain technology argue that it may promote transparency, trust, and security. Detractors argue that blockchain is cumbersome, inefficient, expensive, and energy-inefficient.

But why do users commit computing resources to blockchain transaction verification?

To be sure, they get reimbursed in the underlying cryptocurrency. A proof-of-work (PoW) mechanism is a system that is based on incentives. The machines that ‘work’ to ‘verify’ the authenticity of blockchain transactions are known as miners. In exchange for their energy, miners earn newly created crypto currency.

Investors in cryptocurrency do not retain their cash in traditional bank accounts. Instead, they have digital addresses. Private and public keys, which are long sequences of numbers and characters that allow cryptocurrency users to send and receive money, are included in these addresses. Private keys are required for unlocking and transmitting bitcoin. The public key is made available to the whole world, allowing the owner to receive bitcoin from anybody.

Without a doubt, Bitcoin has shifted the paradigm; nothing has ever been exactly like it, and it has ushered in a whole new technology, an altogether new financial platform, and a new way of thinking about money.

Cryptocurrency began as a grassroots anti-establishment movement, but it is now being embraced by businesses and financial institutions for its ability to disrupt antiquated old methods and diversify investment portfolios. As new technologies revolutionize the cryptocurrency sector, including interesting new initiatives like decentralized finance (“DeFi”), the definition of bitcoin will continue to expand.