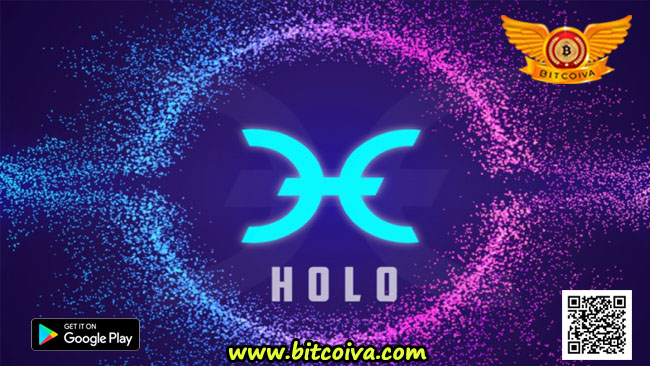 To buy and sell any cryptocurrency the first and foremost step is create an account with us in bitcoiva here:  https://www.bitcoiva.com/register/22102147

To buy and sell and trade HOT Token in Bitcoiva:

An overview on HOT Token:

Holo is a peer-to-peer distributed network for hosting decentralised apps produced using Holochain, a DApp development framework that does not need the usage of blockchain technology. Holo’s purpose is to act as a bridge between the wider internet and apps produced using Holochain, providing an ecosystem and marketplace where DApps are easily accessible since they are hosted on the internet by Holo network partners.The Holo network will be supported by a token called HoloFuel, which is currently being tested and will serve as an accounting system to compensate hosts for their services. In 2018, the project issued an ERC-20 token, HOT — also known as HoloToken — as an “IOU” that would be redeemed for HoloFuel when it launches.

Holo is currently in development and will be available for open alpha and beta testing in 2021.

Arthur Brock and Eric Harris-Braun, both seasoned contract developers, formed Holo. The two began working on the project in December 2016 as part of the MetaCurrency Project, which creates tools and technology to power a future P2P economy. Holo was inspired in part by Ceptr, a collaborative P2P framework for DApps on which the two had previously collaborated. Brock formerly worked as the creator of Geek Gene, a firm that created community-building technologies, including over 100 alternative currency solutions. In addition, he co-founded the social-enterprise incubator Emerging Leader Labs and the open-source education “starting kit” Agile Learning Centres. Brock was awarded a fellow of the Edmond Hillary Fellowship in New Zealand in March 2019.

Harris-Braun began full-time programming in 1988 and is the creator of Glass Bead Software, a peer-to-peer communication software provider, as well as the co-founder of Emerging Leader Labs with Brock. Harris-Braun Enterprises, a freelance software development and consulting business, was co-founded by him in 2003. He has also served on the Schumacher Centre for New Economics’ advisory board.